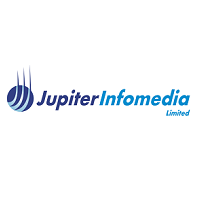 Jupiter Infomedia announced its consolidated and standalone financial results for the quarter and half year ended on 30th Sept 2020.

Following are the consolidated financial details of HY1 FY20-21 at Jupiter Infomedia:

Financials for Consolidated Q2 at Jupiter Infomedia in FY20-21 are as follows:

Following are Financials for Standalone HY1 and Q2 in FY20-21 atJupiter Infomedia: