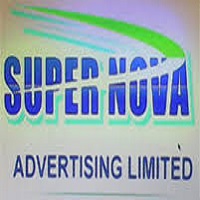 Supernova Advertising announced the statement of financial results for the half year ended 30th September 2019 with a considerable hike in revenue and decline in loss margin as compared to a year ago period.

Supernova Advertising earned total revenue of Rs.55.16 crore in HY1 of FY19-20 marking an increase by Rs.46.46 crore as compared to last year"s revenue of Rs.8.70 crore in the same period.

Loss per share for the current half year reached Rs.0.25 as against Rs.0.32 in previous year, same period.

- Shree Ganesh Remedies to migrate to BSE Main Board