Yasho Industries announced its financial results for the quarter and year ended on March 31, 2020 showing a fall in Q4 profit and revenue 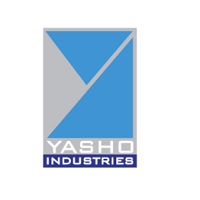 Earnings per share for the Q4 was Rs.2.14 as against earnings of Rs.3.20 in previous year same period.

Following are the financials of the recently concluded FY2019-20 at Yasho Industries: