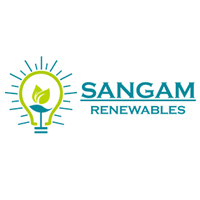 Sangam Renewables announced its standalone and consolidated financials for quarter and year ended on March 31, 2020

Following are the standalone Q4 financials at Sangam Renewables in FY2019-20:

Further, are the consolidated Q4 financial figures of FY2019-20 at Sangam Renewables are:

The standalone financials for the recently concluded year 2019-20 shows revenue of Rs.7.37croreat Sangam Renewables as against Rs.7.58 crore in a year ago period.

- Board recommends dividend of Rs.5 at Thejo Engineering in FY19-20