Sona Hi Sona Jewellers (Gujarat) reported revenue of Rs.44.12 crore for the half year ended 31st March 2020 showing a rise against Rs.34.57 crore in a year ago period. 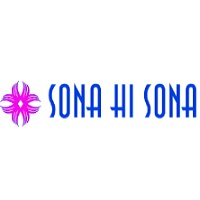 Standalone loss before tax for the same period reached Rs.8.03 lacs whereas in the preceding year same period it was profit of Rs.23.45 lacs.

Loss per share for the current half year stands at Rs.0.08 as against profit of Rs.0.19 in previous year same period.

In the preceding year the companys revenue reached Rs.67.17 crore followed by PAT of Rs.36.58 lacs.