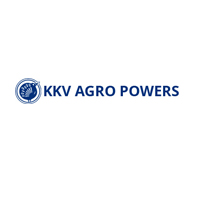 KKV Agro Powers earned revenue of Rs.34.49 crore for the March 2020 half year whereas last year same period it was Rs.3.55 crore.

As per the financial data released by KKV Agro Powers for the second 6 months of FY19-20, the company earned a net profit of Rs.47.95 lacs against Rs.64.85 lacs of last year corresponding period.

Earnings per share for the current half year is Rs.9.85 as against Rs.14.30 in a year ago period.