Waaree Technologies announced its overall performance for the annual and HY ended on 31st March, 2020 marking a decline in financials despite rise in revenue. 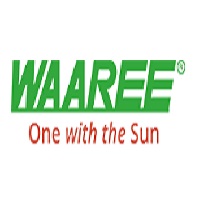 Reportedly the company"s current half year loss per share is Rs.0.29 as against Rs.0.48 in the previous year same period.

- Tasty Dairy Specialities to migrate to BSE Main Board

- Benara Bearings and Pistons to migrate to BSE Main Board

- Veeram Securities to issue bonus share in the ratio of 134:100