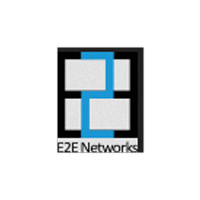 E2E Networks announced its financial results for the half year ended on 30th Sept 2020 marking a decline in loss margins as compared to a year ago period. Following are the financial details of HY1 FY20-21 at E2E Networks: - Net loss of Rs. 8.11 lacs against loss of Rs. 4.11 crore in the corresponding period last year. - Revenue reached 15.94 crore against Rs. 14.01 crore in the previous year same period. - Loss per share was of Rs. 0.06 against Rs. 2.88 in the previous year, same period.