Total revenue at Captain Technocast limited hikes by over Rs.4 crore in the first half of FY19-20 compared to previous year same period. 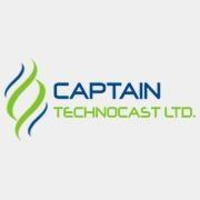 In the first six months period of FY2019-20 at Captain Technocast Limited, the company earned a total revenue of Rs.17.57 crore, whereas last year same period it was Rs.12.97 crore.

Earning per share for the current half year is Rs.0.73 as against Rs.0.46 in previous year, same period.

Gujarat based Captain Technocast Limited is an investment casting manufacturer, feinguss foundry, exporter and supplier of a qualitative assortment of industrial castings

- Tasty Dairy Specialities to migrate to BSE Main Board

- Benara Bearings and Pistons to migrate to BSE Main Board

- Veeram Securities to issue bonus share in the ratio of 134:100